In Ancient Greek mythology, the Titan Atlas was responsible for bearing the weight of the heavens on his shoulders. This burden was given to Atlas as the fiercest warrior among the Titans as punishment by Zeus in their war against him. Following this, after Perseus killed Medusa, he travelled to the Western edge of the world where he encountered Atlas and sought rest and food. After a disagreement Perseus gave Atlas a gift of the gorgon’s head, which when unwrapped, turned Atlas into stone and he became the mountain range in Morrocco at the Strait of Gibraltar. 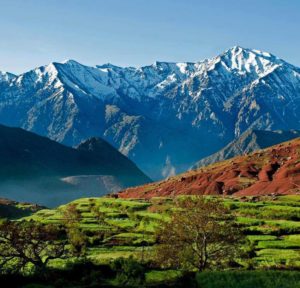 Atlas was also the god who instructed mankind in the art of astronomy, a tool which was used by sailors in navigation and farmers in measuring the seasons. Thus a collection of maps is named after Atlas as well as the Atlantic Ocean.

As a fund manager and custodian of clients’ retirement funds, one often feels like Atlas: balancing the weights of volatile markets, changing investment opportunities and responsibilities to clients on one’s shoulders.