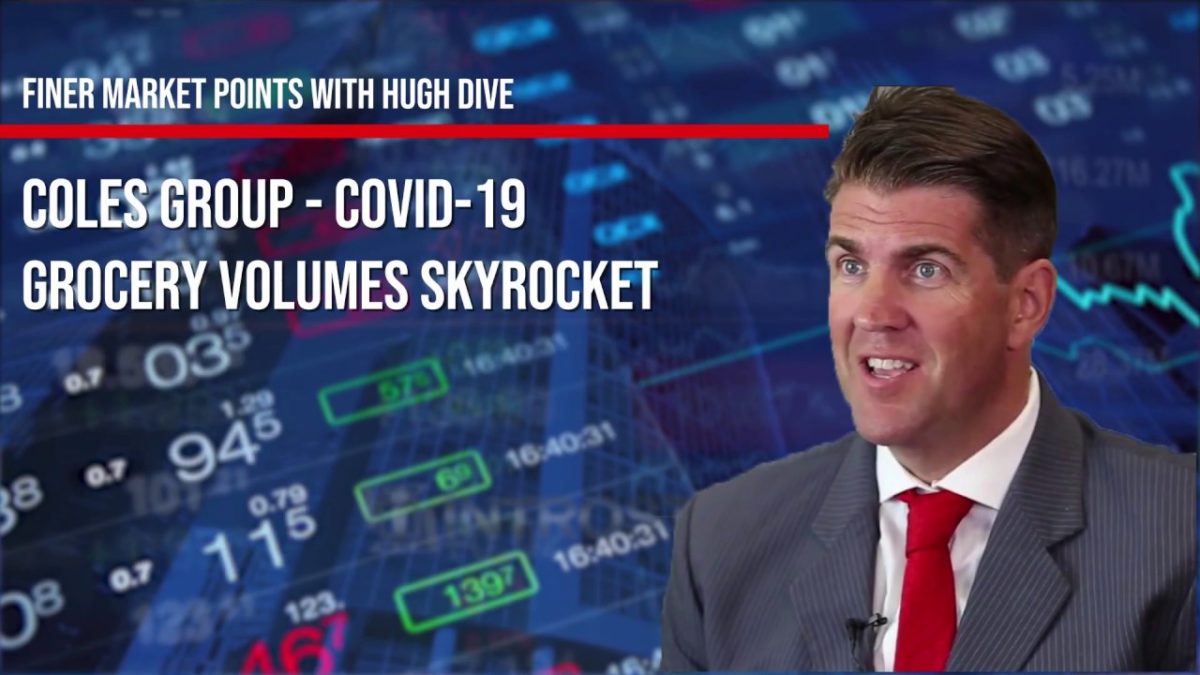 Australians have panicked and hoarded groceries. Coles has reported 20-30% grocery volumes above their peak Christmas periods. Hugh Dive from Atlas Funds Management review the impacts to Coles’ profit and looks at whether it’s a buy in this current market.

During the months of February and August, the majority of Australian listed companies reveal their profit results and most guide as to how they expect their businesses to perform in the upcoming year. Today marks the end of the February 2020 company reporting season and companies have until the end of the day to release their financial results for the past six months, or they will be suspended on Monday from trading on the ASX.

In this piece we are going to run through the key themes that have emerged over February, a volatile month where greed reigned over the first two weeks, to be replaced by fears over the impact of the novel coronavirus COVID-19 in the last two weeks.

Going into the February reporting season we were concerned that company results would reflect a dramatic pull-back in retail sales due to bushfires, consumer preferences to reduce debt rather than spend, and the emergence of COVID-19.The financial results for large listed property trusts such as Scentre group give a good insight into consumer spending. Scentre’s portfolio of 42 shopping centres accounts for 8% of Australian retail sales and is a good indicator as to the health of the consumer. Sales were up +2% with weakness in department stores being offset by sales growth in food, personal services, supermarket, and even fashion. Elsewhere in retail, JB Hi-Fi saw sales grow +4% as consumers opened their wallets to buy phones, gaming consoles, and Fitbits. Coles and Woolworths both showed approximately 3% sales growth in supermarkets and liquor.

Going into reporting season, the market develops a sense for the profit that a company is expected to earn, either through explicit guidance by management (generally within a range) or by the average or consensus forecast of the sell side analysts. Beating guidance usually sees a company’s stock rise sharply, whereas missing sees it fall. In February, on UBS’ numbers 1/3 of the companies that have reported beat expectations, 1/3 were in-line, with 1/3 disappointing. This should be considered a good outcome as normally the percentage of companies that beat guidance is much lower than 33%.

Looking at the large cap (ASX 100) companies that beat expectations AGL Energy, Charter Hall Group, Coca-Cola Amatil, Commonwealth Bank of Australia, JB Hi-Fi, Lendlease and Qantas were well received by the market. On the negative side of the ledger, companies that reported a profit number below expectations were Cochlear, Downer EDI, Mirvac, Tabcorp, Treasury Wine Estates and Whitehaven Coal.

Traditionally, most of the market attempts to own stocks that will report a good result and increase their dividends. Some fund managers, however, try to capitalise on bad profit results by short selling the shares of companies in the expectation that the company’s share price will fall.

Due to the extreme variance in share price performance over the month, in many cases short-sellers would have gone from tearing their hair out after the short-sold company result mid-month, to toasting their good fortune at the end of the month. Provided the short seller kept their nerve and did not close out the position as the stock rallied on the day of the results.

The two largest short positions – Domino’s Pizza and AMP – would have been painful for those shorting these stocks as their prices have rallied strongly post result, though AMP gave up these gains on general market fears towards the end of February. Domino’s Pizza delivered a result that was around market expectations, with sales in Japan and Germany offsetting weakness in Australia. AMP entered the reporting season with very low expectations to say the least, with questions about the company’s vertically integrated business model being able to survive in a post-Hayne report world. Despite suspending the dividend, losing 440 financial advisers, and taking $2.5 billion of impairments, AMP rallied on the view that after selling some assets such as insurance, the company’s remaining banking and wealth management businesses can absorb further remediation provisions.

Give me my money back!

For the first time in a few years capital management was not the dominant feature of the recent reporting season, with most companies struggling to increase dividends over what was paid in February 2019. Twelve months ago, many companies loosened their purse strings in moves that appear designed both to reward shareholders and to get franking credits into the hands of their shareholders before the expected Labor victory that would have devalued these tax credits. Across the ASX, the dividend payout ratio (dividend per share dividend by earnings per share) decreased. This was due to boards conserving cash for growth, and also to the uncertain impact of COVID-19 over the coming year. While the big miners BHP and RIO paid healthy dividends, many in the market expected large special dividends to be paid based on high iron ore prices over 2019. Given that the iron ore price is likely to be heavily impacted by a slowdown in China, this is a prudent move by the large miners.

Over the month the best results were delivered by Charter Hall, JB Hi-Fi, Coca-Cola and QBE Insurance Charter Hall benefited from a large amount of property transactions (some between their own funds – not a good sign) and grew funds under management to $39 billion. Coke beat guidance by improving sales in Australia and Indonesia, which was contrary to the market view that carbonated soft drinks were in a terminal decline. JB Hi-Fi had a solid result with sales growth up +4%, which contrasts sharply with rival Harvey Norman. The latter saw sales increase by just +1.6%, indicating that JB Hi-Fi is winning market share. Additionally, JB’s management gave guidance for 6-8% profit growth for 2020, which was very well received.

On the negative side of the ledger WiseTech, Altium, Treasury Wine and Reliance all reported profit results that were significantly below market expectations. The common themes amongst this group were popular stocks trading on high PE multiples delivering profit results below expectations, combined with bearish management commentary for the coming year. The market is very unforgiving to high PE stocks that don’t deliver. Atlas were concerned about CSL going into reporting season as this was a company with high expectations for profit growth. After growing earnings by 11% and upgrading full year profit guidance, the biotherapy company briefly became Australia’s largest company by market capitalisation in February, before the title was snatched back by Commonwealth Bank.

Around 30% of large cap companies upgraded profit guidance for 2020, something that surprised Atlas. Especially noteworthy was the broad range of companies upgrading which included LPTs, cyclicals, defensives and resources. While the novel coronavirus was mentioned often in management outlook commentary, only a few companies such as WiseTech, Crown and Vicinity have downgraded future earnings based on 4 to 8 weeks of travel restrictions. This leads one to suspect that COVID-19 might in some cases be used as a fig leaf to cover other issues in these companies, especially when the management teams from companies operating in the same industry don’t use the virus as a reason for flagging sales and profits.

Managing the portfolio in a “crisis”

The pattern of the COVID-19-induced sell off that we have seen in February 2020 is very broad based and different to selling that I observed in the market falls on the ASX in 2007 and 2008 during the GFC, and on the Toronto Stock Exchange during the tech wreck. The GFC and tech wreck saw selling more heavily weighted towards those companies actually exposed to the negative event. This reflects the greater influence of index funds and ETFs on global markets in 2020.

When an index fund receives a redemption (which dramatically increase during market sell-offs), the manager simply liquidates a portfolio of stocks in proportion to their index weight. This results in the entire market being sold down in a roughly uniform percentage, even companies whose earnings are likely to face a minimal impact from COVID-19. We see that February’s broad-based sell-off in the market reflects the greater influence of index funds and ETFs on global markets in 2020, as index funds comprised a smaller percentage of assets under management 20 and twelve years ago.

Looking through the portfolio, Atlas are adding to positions in companies whose share prices have fallen despite offering investors defensive earnings that are likely to provide consistent dividends through a variety of market conditions. Additionally, the decline in the AUD, which hit an 11-year low overnight to 0.65, will give a boost to offshore earnings from companies with foreign operations.

As fund managers are neither virologists nor epidemiologists, I can’t say when the current novel coronavirus will be contained. However as a long term investor who has seen a few unpleasant crises in the market I believe in the words of Abraham Lincoln that “this too will pass” and that consumers are still likely to shop for food, drive on toll roads, consume packaged food and medicine, get medical tests done, as well as bet and play the lotteries. Owning companies that provide goods and services such as these are likely to provide investors with a stream of dividends despite the inevitable times of sturm und drang that occur on the share market. 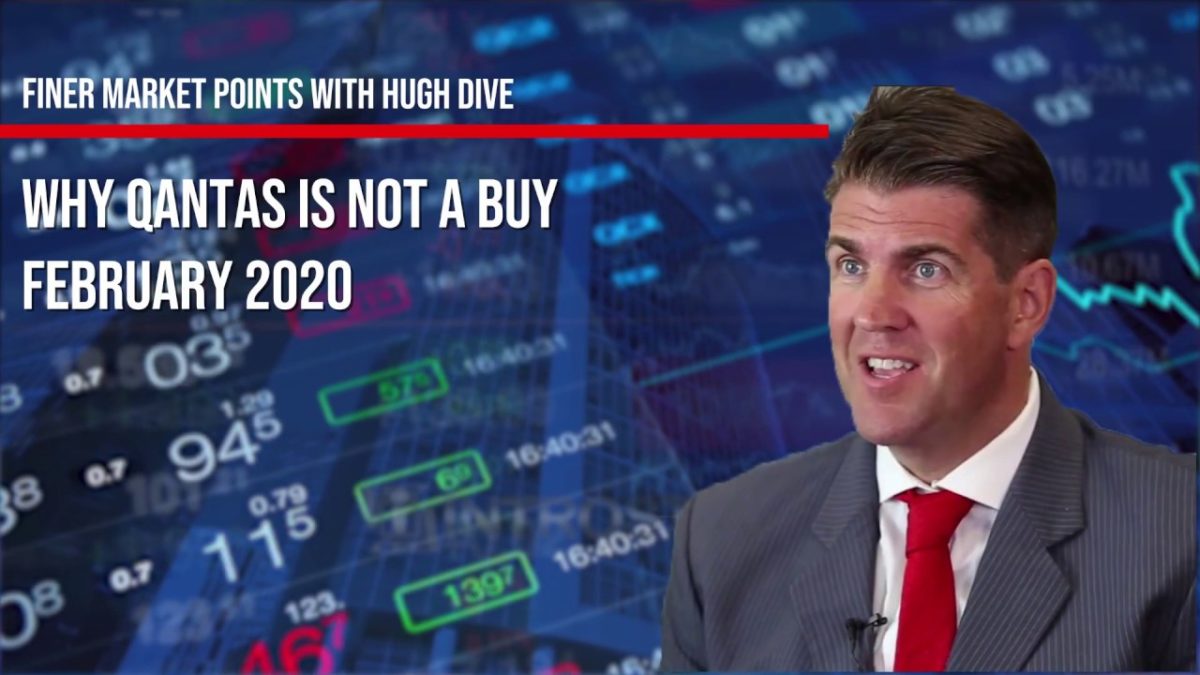