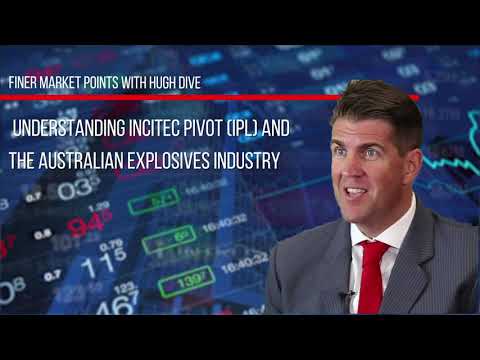 In the last week explosives have been a hot topic, after a cache of ammonium nitrate was detonated in Beirut, killing 171, destroying the port and rendering 30,000 people homeless. In the last week many media pundits have had to get quickly up to speed on explosives, but it is not widely known that the ASX is actually the home of explosives, with the two largest explosives manufacturers in the world Orica (ORI) and Incitec Pivot (IPL) listed on the ASX.

In this week’s Torpedo Friday we are going to look at one of the giants of the explosive’s world and the explosives market leader in the largest market the USA, Incitec Pivot (IPL).

Hugh Dive from Atlas Funds Management has 15 years experience in analyzing the global explosives industry and has visited most of IPL’s sites across the globe. Dive explains how IPL came to be on the ASX, major industry movements, the regulation around IPL including use and storage of explosives and IPL as a possible investment.