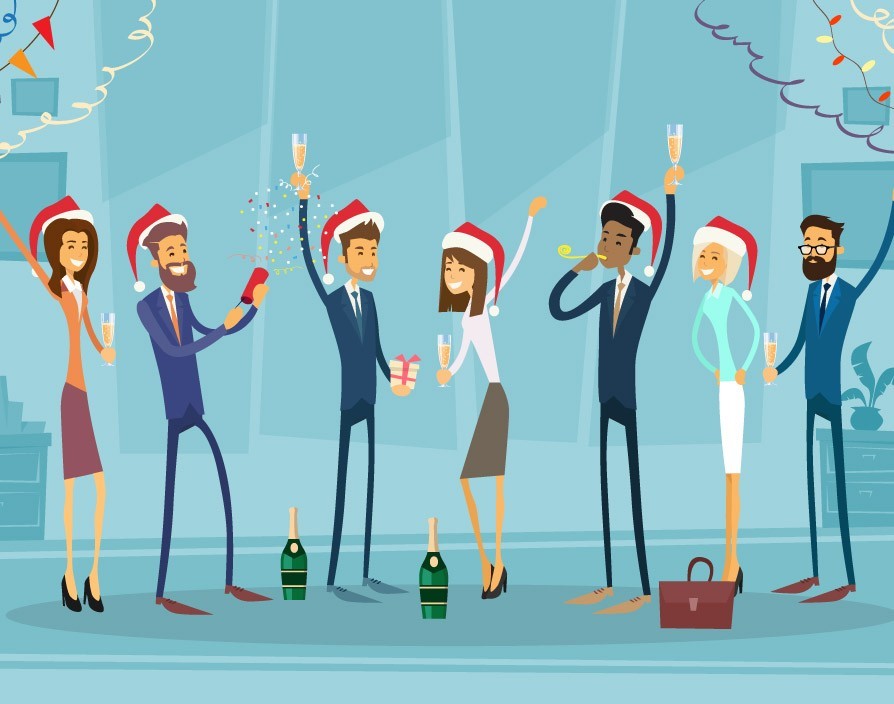 The Australian listed property sector has performed solidly over the past five years, climbing its way out of the depths of despair reached in March 2009. As many investors clearly recall, that the sector fell 70% between September 2007 and March 2009 as many over-geared trusts struggled to refinance debt, jettisoned recently acquired assets and conducted highly dilutive equity issues.

Prior to the Global Financial Crisis, Australian listed property trusts appeared to be taking over the world. With the financial press and investors cheering, many trusts hoovered up property assets in Europe and the United States. Arguments were made that trusts should be treated more like shares than boring rent collectors, due to the trading and business income that was being earned. Various trusts such as Centro were dubbed “the Macquarie Bank of Property Trusts” due to their aggressive and innovative use of debt to create global property empires.

In the below chart the grey bars indicate the proportion of offshore real estate assets held by the Australian LPT sector. In 2007 over 40% of the assets held by the listed trusts were located outside Australia. The rationale for this empire building was that management would be able to increase earnings per share by buying higher yielding offshore properties using cheap short term debt sourced from the wholesale market. This strategy resulted in Australian LPTs owing a cornucopia of properties ranging from apartments in Tokyo, industrial properties in Düsseldorf, shopping centres in Poland, office towers in Brussels and suburban low rise offices in Seattle.  Whilst this provided shots of shiny new assets in the annual reports and exotic site tours, during the GFC it became clear that management teams paid too much for assets they didn’t really understand and were hard to administer from headquarters in Sydney or Melbourne. Additionally, few Australian investors could accurately judge the changing fundamentals of the real estate markets on the other side of the world.

After billions of dollars of real estate was sold off in the period 2009 to 2014, the foreign real estate exposure on the ASX is limited to 21% and is comprised of Westfield (trophy shopping centres in the US and UK) and Goodman (industrial property predominately in Asia and geared towards facilitating e-commerce).  Unlike the property assets bought in 2004-2006, these trusts own assets that are narrowly focused and not owned by the trusts for a short-term boost to earnings per unit. 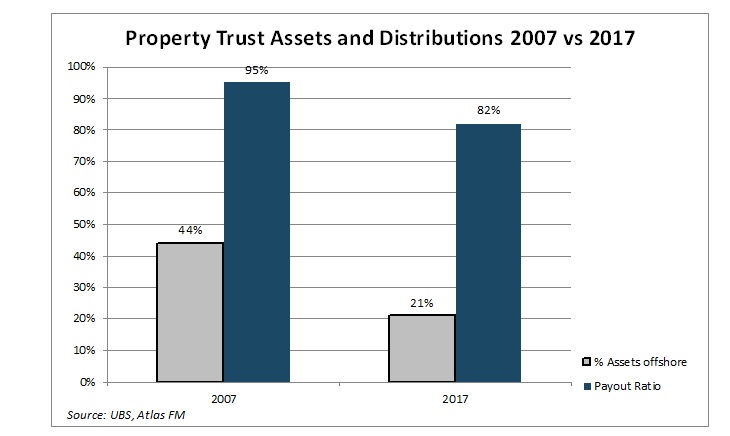 In the short term, a trust like any company can distribute all their profits to shareholders and artificially boost dividends or distributions. Whilst this sugar hit can be sweet for the share price, in the medium term all corporates need to retain earnings to maintain the quality of the assets owned by shareholders. If this doesn’t happen the assets and their earnings power can degrade. Property Trusts need to retain profits to pay for maintenance capital expenditure such as repairs to lifts and escalators, new tiles in reception areas, air-conditioning and – in retail and office – incentives such as fit-outs.  Additionally, if a trust is distributing all of its earnings there is no cushion to protect distributions if market conditions change, such as if a significant tenant goes out of business.

Ten years ago, on average the entire property sector was paying out 95% of earnings, with some trusts paying out over 100%. In that environment, maintenance capital expenditure was financed either by borrowing or issuing more equity; neither of which is desirable for long term shareholders.  Additionally, when market conditions changed, investors saw significant cuts to distributions. For example, Investa Office cut their distribution from 9.7 cents per unit in 2009 to 3.9 cents per unit.

Currently the payout ratio is a more modest and stable 82%. This allows trusts to pay for maintenance capital expenditure and incentives out of current earnings and creates a distributions stream for investors that is inherently more stable. Additionally, the listed trusts are more capable of weathering the inevitable changes in market conditions, without immediate and drastic cuts to distributions. 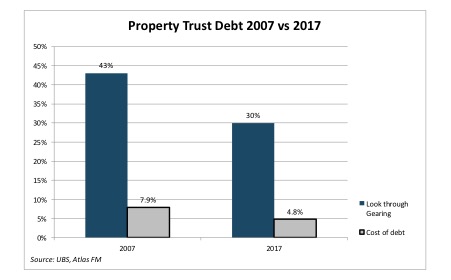 Ten years ago, the property sector was both highly geared (debt/debt+equity) and paying a much higher rate on their debt. “Innovative” property trusts such as Centro Properties were riding high, delivering earnings and distribution growth by buying assets around the globe. The strategy employed by many of the ASX Listed Property Trusts was to boost earnings by arbitraging the difference between the higher rental yield on acquired properties and the lower rate at which they could borrow on the short-term wholesale money market. Whilst longer term funding was available, it was at much higher rates which would not have delivered the same earnings growth. For example, when Centro Properties acquired a portfolio of 469 small shopping centres across 38 US states for A$3.9 billion in May 2007, the trust upgraded its forecast for 2008 financial year distribution growth to 19%!

The flaw in this strategy is the assumption that current benign credit conditions will continue forever, allowing the mismatch of funding of the “long-term” property asset with “short-term” one year debt. In the case of Centro Properties, the trust faced significant problems in late 2007 in refinancing US$5.5 billion of debt that was due to be rolled over in a very challenging market. Under these conditions trusts were either forced into administration or, like Goodman, were forced to conduct a series of dilutive equity issues, as shareholders forced to dip into their pockets to pay the debt that had become due.

Currently the overall gearing is quite low at around 30% and the trusts overall are paying a much lower rate for their debt. Critically in our mind, the quality of the debt is much higher as the chief financial officers of the trusts have a greater diversity in the sources of funding and have lengthened its term. For example, SCA Property has 30% of its debt due in 2029, 35% in 2021 and the residual in 2019/2020. The critical difference between 2017 and 2007 has been the larger property trusts being able to access the US debt markets, which has allowed them to place long term debt at attractive rates swapped back into Australian dollars to avoid currency risks.

One of the questions that I posed to a range of Property Trusts after the recent results season, is: “Given you can access long term debt at attractive rates, why don’t you increase gearing?” The response was that the investor base of grizzled and cautious fund managers won’t support this due to their memories of the GFC!

Whilst Property Trusts have performed very well over the last five years, the underlying financials don’t suggest that the management teams are exposing investors to the same risks that were present a decade ago. Over the last quarter, we have seen the ASX-200 A-REIT index fall 5%, which in our mind has taken some of the heat out of the market and is showing some attractive entry points for a range of Listed Property Trusts.