This week saw the end of reporting season for 180 of the S&P/ASX200 companies and around 2,000 of the companies listed on the ASX. Over the past month these companies revealed their profit results for the last six months and provided guidance as to how they expect their businesses to perform in the upcoming year. Whilst we regularly meet with companies between reporting periods to gauge how their businesses are performing, during semi-annual reporting season companies fully open up their car bonnets to let investors have a detailed look at the their financials. Until this happens, investors don’t know for certain whether they are going to find burning oil and hissing pythons or see that the company’s growth engine is running to expectations.

We previously looked at what happens behind the scenes in reporting season and in this week’s piece we are going to run through the key themes that have emerged over the last four weeks. 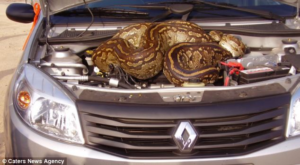 The February 2017 reporting season was on average benign for investors was generally better than expected due to strong earnings growth from the miners (BHP and Rio Tinto), banks (Commonwealth and ANZ) and healthcare (CSL). Earnings growth in these sectors offset weakness in profit in the industrial sector.  Overall we have seen approximately 18% growth in earnings over the 2016 financial year, though the bulk of this is due to the resource companies enjoying the benefit of resurgent commodity prices. Excluding the resources companies, earnings per share from Australian companies in aggregate climbed by +6% over the past year.

Rock diggers looking good
The market was expecting the miners to do well as commodity prices – namely coal and iron ore –  had received a boost. This was largely due to a Chinese stimulus plan in 2016 based on rapid rise in fixed asset investment in infrastructure, reducing real estate taxes and loosening lending standards. What surprised us was the commitment among the miners to controlling production costs, reducing debt and keeping a lid on capital expenditure. This allowed BHP to report a 65% increase in profits and a 150% increase in the dividend (that had been savagely cut in February 2016).  Rio Tinto paid off US$4.2 billion of debt and announced a share buy-back.

On the conference calls to investors, management teams promised to maintain capital discipline and not waste the windfall of temporarily higher commodity prices. I am hopeful that before I retire from the funds management industry sometime around 2050, I will have seen a commodities boom where shareholders capital in mining companies was not frittered away on questionable acquisitions and marginal projects at the top of the market!

Banks squeezing their pound of flesh

Whilst the banks and financials stocks performed well in the last quarter of 2016, January saw a significant sell off in their share prices of around -5% as investors became concerned about the impact of rising interest rates.  Commonwealth Bank reported cash profits of $4.9 billion, which was higher than expected due to cost controls and keeping loan impairment expense flat at 0.17%. Similarly ANZ reported that revenues were up +7% and there were minimal loan losses.  NAB reported a 1% fall in quarterly profits but echoed the other banks’ views on low loan losses.  We see that the banks are well placed to have a good 2017 as the repricing of their loan books will drive revenue growth.

Give me my money back!

Capital management was a feature of the recent reporting season and was understandably popular with investors. Rio Tinto, CSL, Coca-Cola and even QBE Insurance announced share buy-back plans. In the case of QBE Insurance we found it hard to get excited about their A$500 million buy-back given that they conducted a A$780 million capital raising 2.5 years ago at a price that was a 15% discount to the current share price.

At a dividend level AGL Energy, Transurban, Rio Tinto, GPT and Bluescope Steel all increased dividends to shareholders that were above market expectations. Across the market the dividend pay-out ratio remains high and is now approaching 80%. Increasing dividends and buying back stock boosts share prices in the short term  and plays to the current “search for yield” investment theme. However, in the longer term companies do need to retain cash to reinvest in their operations in order to grow.

Over the month, the best results were delivered by Transurban, Rio Tinto, QBE Insurance, CSL, Boral, ANZ Bank, Invocare, Treasury Wine Estates and AGL Energy. The common theme amongst these companies was a solid control of costs and a profit result that did not rely on an improvement in the domestic Australian economy. Woolworths’ share price performed well after they announced sales growth that was ahead of Coles for the first time since 2009. However, shareholders paid for this market-share gain in the form of lower prices, which caused profits in food business to fall by $131 million to $811 million.

On the negative side of the ledger Blackmores, Genworth, James Hardie, Brambles, Domino’s Pizza and Primary Healthcare all reported disappointing results compared with other companies. The common themes among this group was high price-to-earnings rated companies not delivering on high expectations, or companies that had downgraded expectations and hence delivered results that were worse than expected. Telstra had a particularly tough reporting season with profits down -14%, but what concerned the market was the fall in mobile revenue and evidence of more intense competition.

In contrast to other reporting seasons, this one was relatively benevolent for quality-style investors avoiding both high priced growth stocks and companies with issues. After overall market earnings declines in 2015 and 2016, this reporting season provided evidence that company profits are rising again and that profit margins (ex financials and resources) are rebuilding. This positive view of the Australian economy was confirmed by the ABS GDP data released yesterday that revealed the Australian economy grew by +1.1% in the December quarter and by +2.4% in 2016, which was well above consensus forecasts and the strongest growth in four years. Whilst we expect the banking sector to have a solid 2017, commodity prices (which we expect to weaken) should dampen earnings for the remainder of the year.