During the months of February and August every year, the majority of Australian listed companies reveal their profit results and most provide guidance as to how they expect their businesses to perform in the upcoming year. Whilst we regularly meet with companies between reporting periods to gauge how their businesses are performing, during reporting season companies open up their books to allow investors a detailed look at the company’s financials. As company management have been on “black out” (prevented from speaking with investors) since mid-June, share prices in the six weeks leading up to the result are often influenced by rumours and theories, rather than actual financials.

Yesterday marked the final day of the August 2017 reporting season. Those listed companies that have not reported their results are probably suspended from trading today, inevitably blaming accountant incompetence or coming up with creative excuses for the ASX as to why they were unable to submit their accounts. In this piece, we are going to run through the key themes that have emerged over the last four weeks and how our companies have performed. 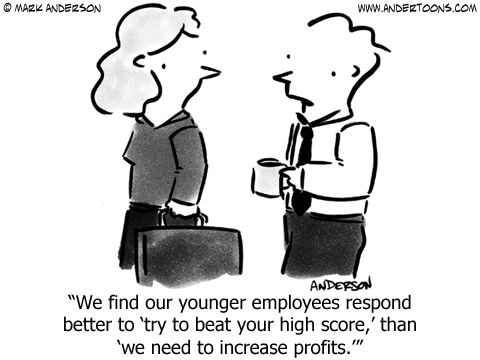 August 2017 was a pretty solid reporting season with Australian listed companies (ex resources) reporting earnings growth of +6%. This expands to +17% profit growth when you include the miners that have benefited from high commodity prices courtesy of a 2016 Chinese stimulus plan.  Whilst 6% might not sound very impressive, it is a big jump on the paltry +0.2% recorded in August 2016. Having listened to close to eighty management presentations over the past four weeks, the general tone feels more positive towards the future than it has been in recent years. This sentiment can be seen in the aggregate guidance for industrial companies for profit growth of +5% over the next 12 months.

No room for disappointment for high priced market favourites

One of the key themes coming out of this reporting season has been the harsh treatment meted out to high price to earnings (PE) stocks that deliver less than market expectations. Pizza/tech company Dominos Pizza (-18%) was priced on a PE of 60x but fell heavily after delivering only 28% earnings growth. Similarly, the market was unhappy with hospital operator Healthscope (-15%) which was trading on a PE of 22x and was sold off after reporting a 6% decline in profit due softer revenue growth from the company’s private hospitals  and project delays.

Whilst not a high PE stock, Telstra (-8%) is a core part of the portfolio for many retail investors who sold down their holdings after the company announced that they would cut their 2018 dividend to 22 cents per share from 31 cents per share.

Giving money back to shareholders

Capital management was again a prevalent factor in the recent reporting season and was understandably of interest to investors, more so in 2017 than it has been in recent years. We considered this topic in our recent pieces Give me my money back and bad and fake buy backs . In our view, the factors contributing to the 17 large companies that announced buy-backs in August are the perceived lack of investment opportunities, the level of balance sheet repair (paying off debt) that has occurred over the past few years, and the capacity for a buy-back to direct investor attention away from issues a company might face, thereby supporting the share price.

Whilst buy-backs boost share prices in the short term, in the longer-term companies do need retain cash to reinvest in their operations in order to grow earnings in the future without adding to debt.

Paying off the mortgage

In an environment of stronger than expected cash flows, companies either have the option to return money to shareholders in the form of higher dividends, or pay down debt. Whilst balance sheet repair has been a feature over the past two years, this reporting season showed several companies making big moves to pay down their debt. BHP (+6%) resisted the urge to follow Rio Tinto’s lead in announcing a buy-back funded by the sharply increased profits from high commodity prices. Instead management reduced the company’s debt burden from US$26.1 billion to US$16.3 billion.  This action did however come at a cost, with BHP paying several hundred million in fees for the early redemption of bonds.  Similarly, high Australian electricity and gas prices and asset sales allowed Origin Energy to reduce net debt by A$1 billion to A$8.1 billion.

Over the month the best results were delivered by Treasury Wine, Alumina, Orora, IOOF and Medibank. The key theme amongst this diverse group of companies all in different industries was a strong profit result and expanding profit margins combined with a positive outlook for 2018.

On the negative side of the ledger Vocus, Dominos, BlueScope, Healthscope and QBE Insurance all reported disappointing results compared with other companies. The common themes amongst this group was either high price-to-earnings rated companies not delivering on high expectations, or companies that had downgraded expectations and then delivered results that were worse than the lowered expectations.

How have we gone

Whilst stock prices were volatile late in the month due to concerns over the launch of North Korean missiles, for the companies owned by the Atlas High Income Property Fund, August revealed a generally benign set of financial results. Using a weighted average, portfolio companies delivered earnings growth of +6% and grew distributions by an average +3.7% over the previous year. Additionally, 4 of the 12 trusts in the portfolio announced buy-backs.