This morning European property company Unibail-Rodamco announced that it had entered into an agreement to acquire Westfield (WFD) to create a global developer and operator of flagship shopping centres in the US, UK, the Netherland and France. This deal values WFD at A$33 billion, or at a price earning multiple of over 22 times future earnings, what appears to be a full price.

Westfield is the largest holding in the Atlas High Income Property Fund, so we were understandably quite pleased with this development. In this note we are going to look at what will likely be the largest takeover in Australian corporate history. 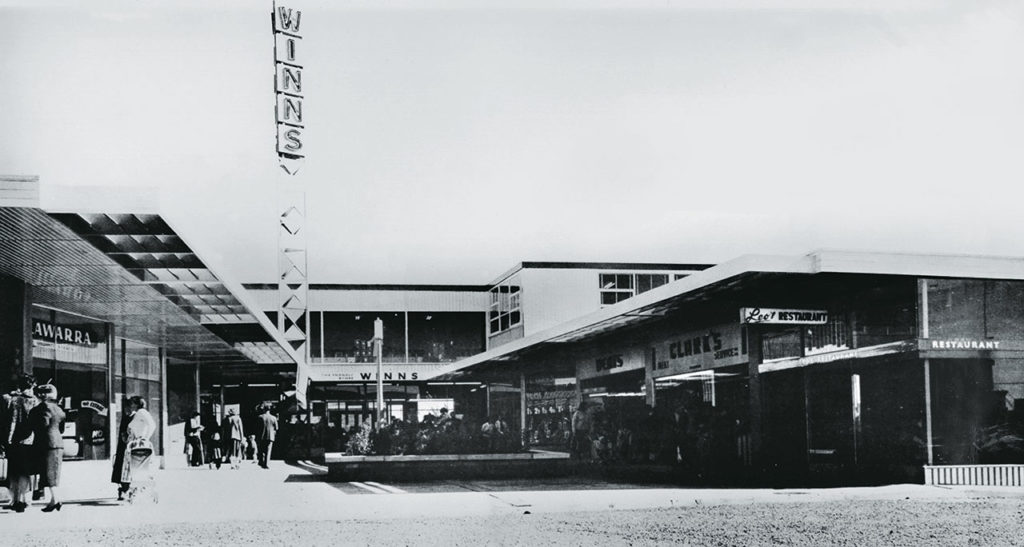 Today’s deal marks the end of an era for Westfield, which was originally listed on the ASX the middle of the 1960-61 recession when unemployment spiked to a post-war high of 3.1%. The above image is from 1959 and is of Westfield’s first shopping centre in Blacktown.

Westfield Development Corp’s initial public offering offered 300,000 shares at five shillings! In recent years, the various corporate changes at Westfield have appeared to be movements of the chess pieces on the Westfield board leading towards this day. Moves such as the separation of the Australian assets (Scentre: SCG) from WFD’s global assets, seemed to be designed to increase the attractiveness of Westfield to a foreign suitor such as Unibail-Rodamco, and allow the Lowy family to exit the company first listed close to sixty years ago. For a deeper dive into the corporate gymnastics that Westfield has engaged in over the years look at our piece Westfield: the Thimble and the Pea.

The Deal
Under the agreement WFD holders will receive a combination of cash (US$2.67) and 0.01844 Unibail-Rodamco shares for every WFD unit owned. This equates to A$10.01 or a 18% premium to the price at the close of trading prior to the deal being announced. It is anticipated that the combined entity will have a primary listing in Paris and Amsterdam, with a secondary listing on the ASX.

Investors in the new combined entity will own a property trust with 104 shopping centres across Europe and the US valued at A$95 billion.

A higher bid?
In our opinion this deal is likely to go ahead with a minimal chance of competing bids, as the Franco-Dutch Unibail-Rodamco revealed that they already own 4.9% of WFD and that the Lowy family which own 9.5% of WFD are supporting the deal. Digging into the detail in the documents, there is also a US$150 million break fee that must be paid to the other party if either Unibail-Rodamco or Westfield were to decide to walk away from this deal.  The details on when this deal is likely to be completed is yet to be fully announced, though the parties expect that this will be consummated around June 2018 if shareholders vote in favour.

Looking ahead, this takeover is likely to provide a positive boost in the near term to the Australian Listed Property market, as it raises the prospect of further takeovers. In the medium term, investors that decide to cash in their Westfield holdings are likely to look to deploy some of the proceeds in other Australian Listed Property Trusts which will boost share prices in the next six months.

The Atlas High Income Trust are likely to take the money that the Europeans are offering and reinvest elsewhere, as typically these situations represent a transfer of wealth from the aquiror’s shareholders (Unibail-Rodamco) to those of the takeover target (Westfield). This occurs due to the premium required to consumate the deal ineviatably is higher than the synergies actually achieved.